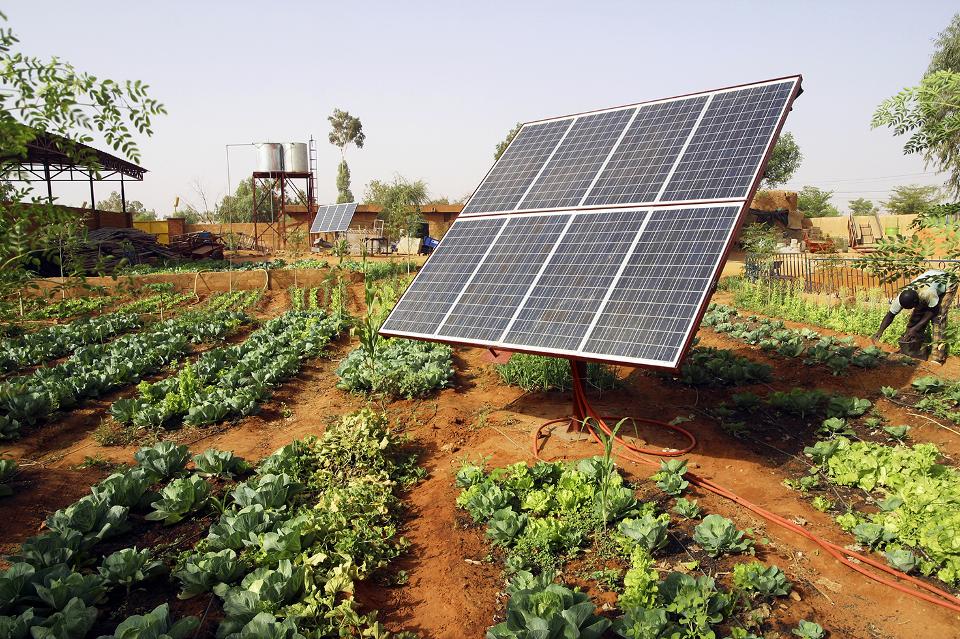 The fact that Sub-Saharan Africa is beginning to embrace renewables is underlined by the role that two countries, in particular, are playing in promoting the sector. Kenya is encouraging investment in geothermal plants, while Cape Verde offers a vision of power generation entirely free of hydrocarbons.

Cape Verde is the only country in Africa to set this ambitious goal and one of very few in the world. Costa Rica is perhaps the only other country with the same passion to make renewable energy such an integral part of its national identity.

Energy has always been expensive in Cape Verde because the country is forced to import all fuel by sea into what is a very small market of just 550,000 people and even this is fragmented because the population is scattered across different islands, each of which operate mini-grids. Although it has no hydrocarbons of its own, the archipelago does possess plentiful and reliable wind and solar resources.

The government set up a new company, Cabeolica, which is now jointly state and private sector owned, to drive development. It developed the first commercial privately-financed wind farm in sub-Saharan Africa and now controls 25.5MW in generating capacity, spread across 30 turbines operating on the country’s four biggest islands. It has been part owned by the Africa Finance Corporation since February.

Even relatively small projects can make a huge difference to countries with limited power sectors. Mauritania was the biggest investor in renewable energy in the world last year in relation to the size of its GDP.

The government of Cape Verde has become a big proponent of renewables and has offered to help other African countries to replicate its 100% reliance on renewable energy. Last year it set up the Centre of Renewable Energy and Industrial Maintenance, with the aim of turning it into a centre of renewables research and development for the wider West African region.

The government is confident that renewable energy will create far more jobs than the fuel import business; employment is something that the archipelago badly needs. Despite its elevation to the status of a middle-income country, its economy is limited, relying heavily on overseas remittances and tourism.

Energy minister Anildo Costa told CNN: “Cape Verde wants to serve as a laboratory. We’ll invest in technological innovations so we can learn over time, and fully adopt those technologies once they become profitable for the country. Given the share of renewable energy in our network, and our intensive experience of these technologies, we should be able to share this experience beyond our borders. We want to have a state of the art renewable energy sector that serves as a reference point for the entire country.”

At the other end of the scale, Kenya offers a vision of how large scale, on-grid renewable energy projects can be seamlessly fitted into existing power sectors.   Geothermal energy is a renewable technology like no other, in the sense that it provides reliable, base load electricity.

Water is pumped down into hot rocks to produce steam that is then used to drive turbines in the same way as coal, gas or oil-fired plants but without the emissions and air pollution. Unlike solar or wind power, it can enter the transmission grid 24 hours a day, making it easier for power utilities to manage and fitting seamlessly into existing power grids. It also makes it easier for established utilities to retain control of power sectors.

The Kenya Electricity Generating Company (KenGen) already has 475MW of installed geothermal capacity out of the total national generating capacity of 2,100MW. It operates three plants at Olkaria, near Naivasha, while a separate 110MW plant in the same area is owned by US firm Ormat Technologies.

Successive governments have unveiled a series of plans to greatly expand the sector, most recently to provide another 2,000MW by 2022 and a total of 5,000MW by 2030. All 5,000MW is to be achieved through the development of the Baringo-Silai block in the northern Kenyan Rift Valley.

The German development bank KfW has agreed to provide a low-interest loan of $90m to finance the drilling of 15 to 20 wells by Hong Kong Offshore Oil Services. The first well was drilled in June.

Robert Pavel Oimeke, the head of renewable energy at the Electricity Regulatory Commission, said: “Our potential for geothermal is huge, and Kenya is proudly now one of the largest steam power producers in the world and leader in Africa; we will to continue exploiting this stable and reliable green resource to power our development needs.”

In addition, the European Union has provided €123m ($135m) to fund the development of the 70MW Olkaria VI plant. Kenya does have the biggest geothermal potential of any African country but it is only one of a dozen countries in and around the Great Rift Valley with the potential to develop geothermal plants. As in Cape Verde, the government is keen to support similar developments across the continent.

It has helped to set up the African Geothermal Centre of Excellence (AGCE) in Kenya to offer masters’ degrees to students from across Africa in steam field management, drilling engineering, reservoir engineering and other relevant fields. It has also hosted conferences to encourage the construction of geothermal plants from Ethiopia in the north to Malawi in the south.