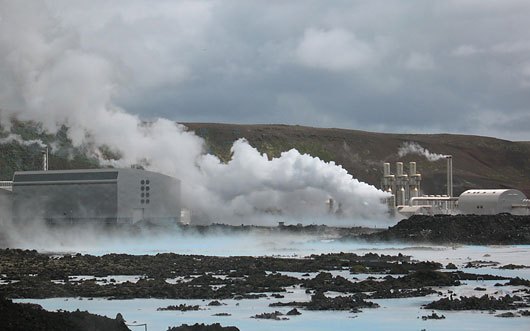 With many considering geothermal energy as Cornell seeks to reach its ambitious goal of carbon neutrality by 2035, several experts weighed in on the feasibility of relying on the energy source at a panel Monday, using Iceland as an example.

Geothermal energy utilizes heat stored within the Earth, such as hot water, gases or rocks located beneath the Earth’s surface. This energy is renewable and environmentally friendly, according to the U.S. Energy Information Administration.

Thorleikur Johannesson, an engineer with over 20 years of experience working with geothermal energy in Iceland, said the energy source is an important resource for the country and is utilized by many of its citizens.

Among other reasons, Johannesson attributes a successful Icelandic geothermal program to high quality low temperature geothermal water, suitable geological formations, large radiators — to squeeze as much heat out of the water before it is reinjected or thrown away. He also pointed out that Iceland’s geothermal engineers have the support of the nation’s politicians.

“The United States is the largest producer of electricity from geothermal energy in the world,” he said.

For geothermal energy to become a contributor to Cornell’s efforts to achieve carbon neutrality, a “different type of technology” will be needed “given the difference between New York State’s resources and Iceland’s,” according to Tester.

“[The administration would need to] invoke engineering methods to emulate the properties of natural geothermal systems found in Iceland,” he said. “This is called an enhanced geothermal system, which would still produce the same temperatures as in Iceland, but would require us to drill deeper into the Earth.”

Kyu-Jung Whang, a member of the Buildings and Properties Committee of the Cornell Board of Trustees, said he is optimistic that using geothermal energy could be cost effective.

“This is an opportunity for Cornell … in fact if [geothermal energy] were to be successful, it could ultimately be the least expensive of the carbon neutral options available for powering our campus, even lower than currently used fossil fuels,” he said.

Because almost all renewable energy projects are expensive, Whang said geothermal energy is one of the only sustainable choices with options for external funding and collaboration.

“At this point in time, the University does not have the funds to complete this proposed project in its entirety,” he said. “We need an incremental approach and the availability of state and other external funding.”

Whang mentioned several other potential obstacles that could hinder the development of a geothermal project.

“There are a lot potential costs,” he said. “What about the public perception on drilling? What about disruption to campus? One of the benefits of Cornell is that we have such a naturally beautiful campus, what impacts would the drilling have on the physical beauty of Cornell?”

While Cornell and its community may find it difficult to overcome some of these challenges, Whang said he was proud of how the faculty and administration have been assisting each other and utilizing different sets of expertise to pursue their carbon goal.

“I really take pride in that we have such a strong collaboration with faculty and that they see us as partners in this endeavor,” he said. “We really support the research initiatives of the faculty in renewable energy.”