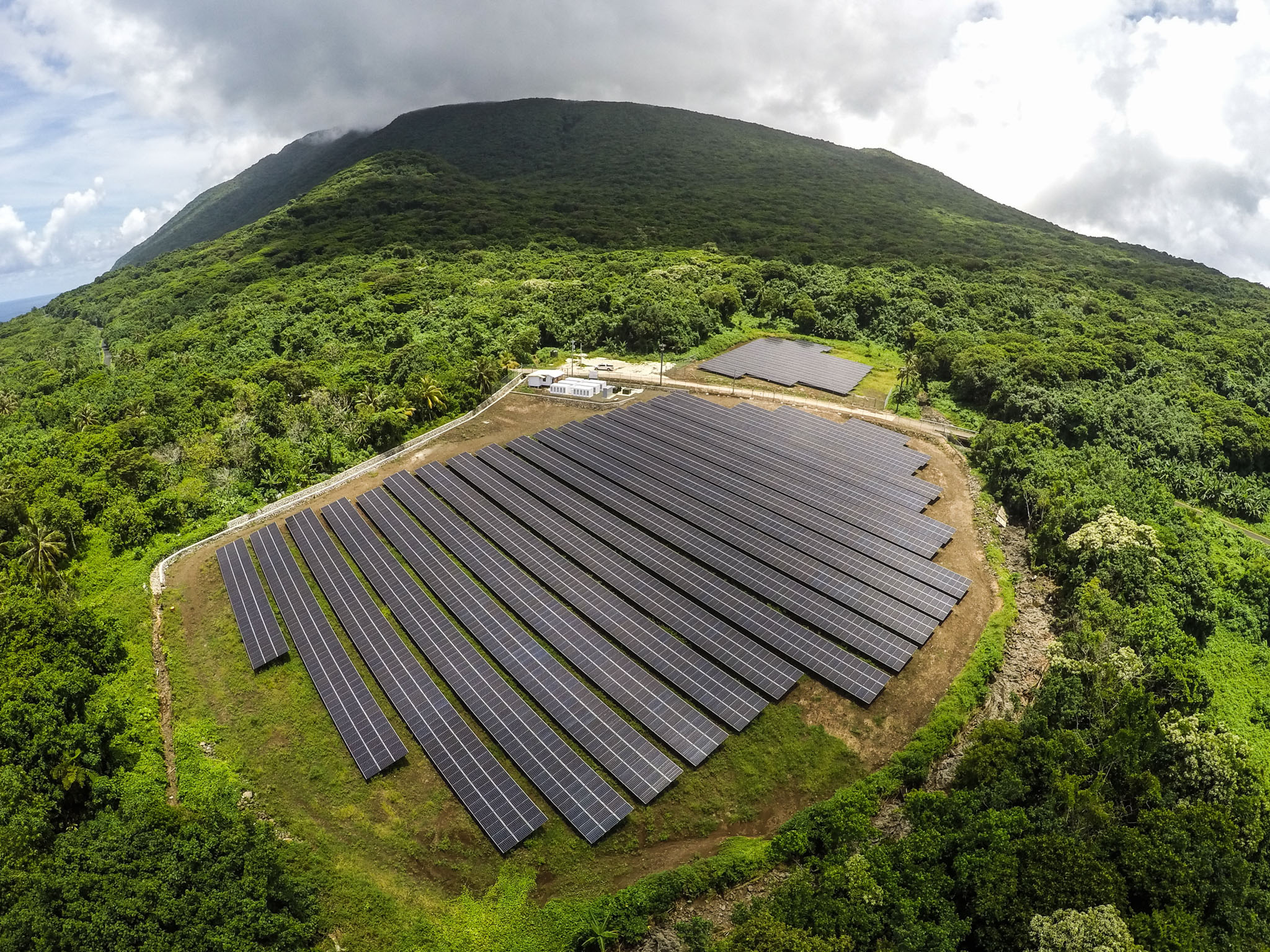 On a recent Wednesday evening on the island of Ta’u—one of the outer islands in American Samoa—most of the people in all three villages are at pese—or church choir—practice. The annual island-wide youth group showcases are coming up and each choir senses the pressure of having to perfect their routines.

For the Faleasao village choir, there is added pressure from being the smallest village on the island. But this year, the underdog choir believe they have a special routine that will blow away the competition. Their secret weapon: Disney’s Moana. Specifically, an adapted version of the song “We Know The Way,” complete with synchronized dance moves to mimic life as voyaging islanders.

In a nearby home, a TV is tuned to a local Samoan news station, but the sound is muted. The only noise is the low humming of a box fan and the distant singing of the village choir. Musu Fuiava Mutini happily hums along, glued to her tablet device. Mutini, 82, is a village elder who has seen her home change immensely through the years.

“Before, there used to be lots of people living here,” she says. “But in the time of Hurricane Tusi in 1987, everything was destroyed. Most people moved away, to Pago Pago [capital of American Samoa] or the U.S.” She pauses and sighs, caught in a distant memory. “This island is very different now.”

In many ways, islands like Ta’u are a microcosm for our planet. Space and resources are both limited and the success of human communities depends on the effective management of these critical components. In looking toward a more sustainable future, the hundreds of residents of Ta’u have put their faith in a new solar energy project, which some say they would like to see replicated around the world. (See how Pacific Islanders are living with climate change.)

In November, Ta’u saw the completion of a new solar-powered microgrid, which shifted the entire island’s energy generation from 100 percent diesel fuel to 100 percent solar. (The island’s population varies with the season but usually falls between 200 and 600 people.)

The solar project was installed by SolarCity, a California-based company recently purchased by Elon Musk’s Tesla. The $8 million project was funded by the U.S. Department of Interior and the American Samoa Power Authority (ASPA).

Located on seven acres of land on the northern coast of the island, the system includes 5,328 solar panels, generating 1.410 megawatts of electricity. The energy can be stored in 60 Tesla Powerpacks—large batteries that allow Ta’u to stay powered for up to three days without any sunlight.

Installation of the panels wasn’t easy—Ta’u is some 4,000 miles from California. Extra considerations had to be made for the island’s extreme humidity and likelihood of severe tropical storms. As a result, the system was built with the capability of withstanding Category 5 hurricane winds.

The last time Ta’u underwent an energy revolution was in 1972, when ASPA constructed a diesel power plant and provided island-wide electricity for the first time. Prior to that, kerosene lanterns were the primary source of evening light. For the few families who could afford it, small home generators were a luxury. For everyone else, life moved at a slower, simpler pace.

Introducing diesel generators to Ta’u essentially introduced a new way of life. Suddenly, lights turned on with the flick of a switch and the list of activities around the villages and inside homes increased drastically. With electricity also came new ways of preparing and preserving food, thus changing local diets. Pretty soon, the loud humming of diesel generators became a part of the island’s soundtrack.

Even with the relatively small amount of energy consumers on Ta’u, the offset of fossil fuels from switching over to solar power is significant: about 110,000 gallons of diesel, not to mention the amount of fuel it takes for shipping. These numbers can make a strong argument for bringing these types of renewable energy projects to island communities, but the reality is that there is still trepidation around the idea of uprooting the status quo.

“There are islands that have conferences upon conferences where all they talk about is sustainability,” says Danielle Mauga, one of ASPA’s engineers, when asked about the decision to proceed with this multi-million dollar project.

“A lot of other islands are working towards the same goal, yet this island has managed to achieve a major milestone by being able to claim energy independence with solar power,” says Mauga. (Learn about a solar microgrid in Haiti.)

Aside from the environmental concerns of burning diesel fuel, another side effect was the loss of the self reliance of old. Instead, people on Ta’u relied on the shipment of food, supplies, and drums of oil.

That left them at the mercy of shipping schedules. Although a supply vessel is supposed to arrive every fortnight, delays due to weather and mechanical problems are frequent, sometimes even stretching for months. Rationing of food and fuel is a regular occurrence.

Many other Pacific islands face the same reality of dependence on imported goods and energy.

But since switching over from diesel power to solar power, life on the island of Ta’u has gone on as usual. People in all three villages resumed their daily routines—work, tending to the plantation, going to church, resting, repeat—without missing a beat. In fact, when ASPA and SolarCity officially “flipped the switch” for the solar power plant (and simultaneously switched off the diesel generators) in November, the lights around the island barely flickered.

When the diesel power plant was built over four decades ago, the changes were immediately felt by the community. This time, the new solar facility—though just as monumental of a technological shift—does not have the same life-changing sensation for consumers of the public utility. Switching from kerosene lanterns to a light switch is a much more obvious disruption to daily island life than switching from diesel to solar power.

But this is exactly what makes the Ta’u solar energy project a success, say the project’s backers. People can go about their normal routines without any interruption, even though everything has changed behind the scenes.

And yet, it seems as though everybody on this little island is aware that they are a part of something special. Ask anyone in Ta’u what they think about the project and they will probably mention one of two things: relief that they no longer have to rely so heavily on unreliable shipments of fuel, and an understanding that 110,000 gallons of diesel fuel is no small amount.

The project has also seemed to sow the seeds of sustainability. In the island’s classrooms, children yell out buzzwords like “Going Green” and “Saving the Planet” when asked to reflect about solar energy, while adults see it as a boon that will save them money and stress in the long run.

Looking up from her tablet, village elder Mutini says the solar panels may help brighten the future of the island. “I think these new changes to the island are good blessings,” she continues. “Maybe the changes will bring more people back here again.”

A ROADMAP FOR THE FUTURE?

Just as ancient Polynesians once viewed the ocean as a set of pathways between islands, Samoans today also have a deep sense of interconnectedness with the world beyond their shores. Technology, connectivity, and travel options have improved exponentially, thus making the distance between even the remotest islands seem closer than before.

The solar project on Ta’u may also help inform conversations that are taking place on other islands around the world. Communities want to know if renewable energy is worth the investment, if the technology is reliable, and if people will respond well.

Ta’u’s elders hope their future will more closely resemble their distant past, when people were self-sufficient and living in harmony with their environment.