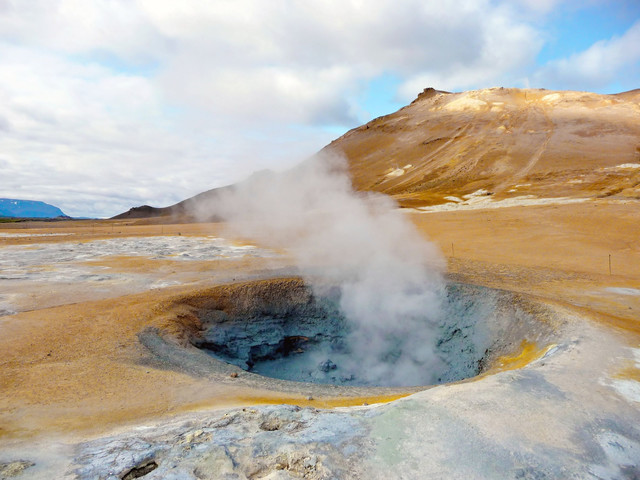 Drill, baby, drill. But in this case, not for oil — rather, the nation of Iceland is digging a giant hole into a volcano in the name of renewable energy. By boring the world’s deepest geothermal hole in the Reykjanes peninsula (it goes down 3.1 miles), scientists say they’ll be able to take advantage of the extreme pressure and heat to tap into an impressive 30 to 50 megawatts of electricity from a single geothermal well.

Iceland is already one of the world’s greatest users and suppliers of geothermal energy, producing around 26 percent of its electricity from geothermal sources. However, most of the country’s wells pale in comparison to this latest gargantuan effort. While a typical geothermal well extends just 1.5 miles into the ground, this new one is twice as deep, and as a result could yield up to 10 times more power.

By the time the drilling team gets to around 3 miles beneath Earth’s crust, scientists expect to find a mixture of molten rock and water, but given the huge amount of heat and pressure present, the water will become what is called “supercritical steam.” Neither a liquid nor a gas, this supercritical steam contains far more potential energy than either of those states of matter, and scientists say it holds the key to more electricity.

“We hope that this will open new doors for the geothermal industry globally to step into an era of more production,” said Asgeir Margeirsson, CEO of the Iceland Deep Drilling Project (IDDP), the collaboration among scientists, industry, and the Icelandic government responsible for the Reykjanes project.

He added, “If this works, in the future we would need to drill fewer wells to produce the same amount of energy, meaning we would touch less surface, which means less environmental impact and hopefully lower costs.”

This is not the first time such an ambitious project has been attempted. Six years ago, a similar effort was taken, but it ended disastrously when the drilling team ran into hot magma at 1.3 miles beneath the surface, destroying the entire drill string. But already, the current team has gone further without significant incident (knock on wood).