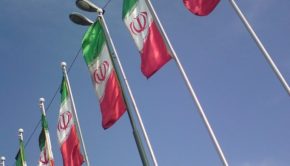 Speaking at the inauguration of a second 7 megawatt (MW) solar plant at the Shahid Mofatteh Power Plant in Hamedan on Saturday, Minister Chitchian added that so far foreign developers had applied to develop up to 1.5 gigawatts (GW) worth of of renewable energy in the country. Minister Chitchian also announced three more 7 MW of solar at Hamedan.

“But today, two 7-megawatt power plants have been launched in Hamedan and the construction of three more have been started,” Chitchian said.

Iran has set itself a target of increasing its renewable energy capacity to 7.5 GW by 2030. Some reports appear to be suggesting that the new announcement of $3 billion in investments is worth 5 GW, however the reports from the Islamic Republic News Agency only says the investments are worth 1.5 GW.