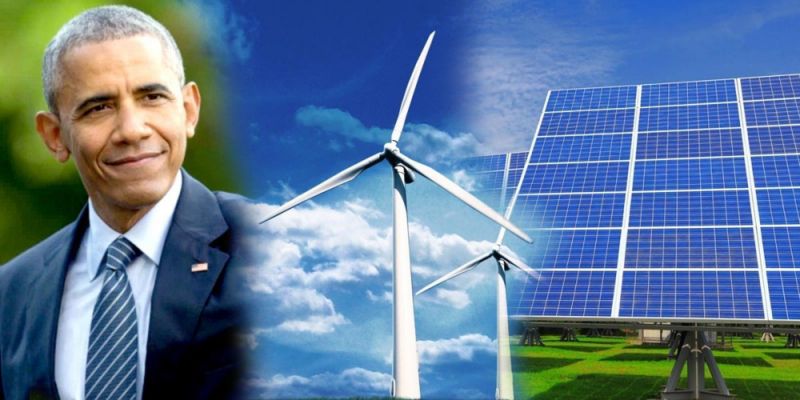 Barack Obama, outgoing president of the U.S., has stepped directly into the climate debate. He believes that the U.S. is on the way to a “clean energy” world and he delivers four reasons why he thinks the shift is now irreversible.

In an article for the journal Science, President Obama said that although the understanding of the impact of climate change is increasingly and disturbingly clear, “There is still debate about the proper course for U.S. policy—a debate that is very much on display during the current presidential transition.”

That is almost his only acknowledgment of President-elect Donald Trump‘s declared belief that climate change is a hoax, invented by the Chinese.

“But putting near-term politics aside,” he wrote, “the mounting economic and scientific evidence leave me confident that trends toward a clean energy economy that have emerged during my presidency will continue and that the economic opportunity for our country to harness that trend will only grow.”

First of these is that between 2008 and 2015, the U.S. economy grew by 10 percent while carbon dioxide emissions from the energy sector fell by 9.5 percent, an outcome that “should put to rest the argument that combating climate change requires accepting lower growth or a lower standard of living.”

President Obama also believes that businesses now understand that reducing emissions works for the benefit of business—it cuts costs for consumers and delivers returns to shareholders.

The power sector of the economy has changed too. It has shifted from coal to natural gas, largely because of market forces, and the drop in renewable electricity costs has prompted big businesses such as Google to promise that 100 percent of their energy will be from renewable sources in 2017.

And, he argues, there is already global momentum. Nations in Paris in 2015 agreed on “smart” climate policies for all. It would undermine U.S. economic interests to walk away from the agreement.

“This should not be a partisan issue. It is good business and good economics to lead a technological revolution and define market trends,” wrote President Obama.

“Despite the policy uncertainty that we face, I remain convinced that no country is better suited to confront the climate challenge and reap the benefits of a low-carbon future than the United States, and that continued participation in the Paris process will yield great benefit for the American people, as well as the international community.”