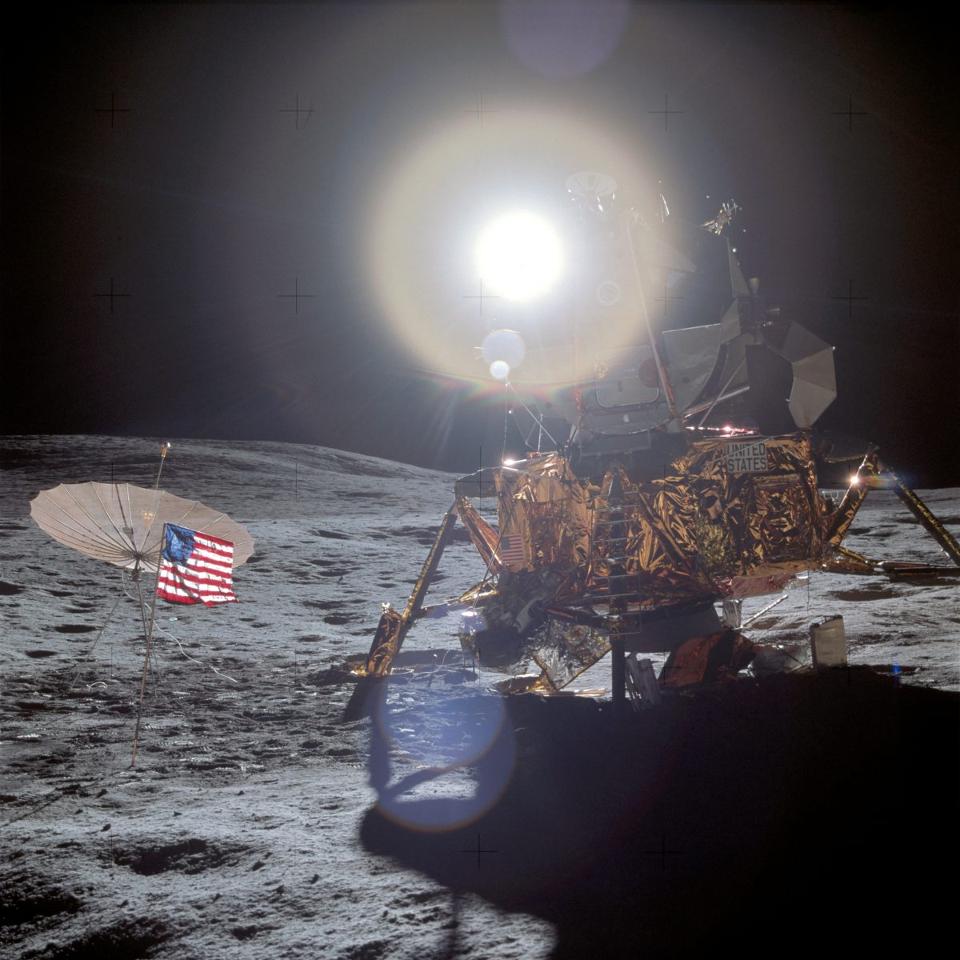 Infalling solar radiation constantly illuminates the Moon’s surface with the equivalent of some 13,000 terawatts of solar power. So, why not take a chunk of that energy and develop it into lunar-based solar power (LSP)? The idea would be to manufacture and deploy lunar solar power collecting stations that would concentrate and convert a portion of that Sunlight into electricity for wireless transmission back to Earth.

Far-fetched? Admittedly, it’s an idea that’s slightly ahead of its time, but for four decades now, retired University of Houston physicist David Criswell has been championing the notion of using several hundred square kilometers-worth of solar panels to collect infalling sunlight on the Moon as a sustainable source of clean electricity. It’s been a lonely slog, but he’s still keen on the idea.

“By the year 2050, ten billion people will require at least 2 kilowatts of electricity per person or a global total of 20 terawatts,” Criswell told me. This, he says, is nearly 70 times more energy output than what was projected from original concepts of space-based solar power from Earth orbit.

And unlike Earth orbit, Criswell contends that the lunar surface contains all the materials needed to build an LSP project’s retinue of solar cells, electric collecting wires, microwave generation and transmission equipment, microwave antennas, as well as most support equipment and supplies.

A lunar-based solar power system (LSP) could quickly be demonstrated and grow quickly enough to soon power the whole of the U.S. Criswell says.

Such a system, Criswell says, would initially consist of ten 100 kilometer-wide circular collecting bases at the edges of the lunar nearside. The bases would be filled with billboard-sized microwave reflectors that from Earth, says Criswell, would appear to overlap.

“Each base would output hundreds of separate beams directed toward Earth receivers or via redirectors in a range of Earth orbits,” said Criswell. An individual beam could then be focused to Earth-based receiving antennas spanning a few hundred-meters in diameter, he says.

Criswell’s own models of his proposed 20 terawatt LSP system provides an eventual projected wholesale price of 0.001 cents per kilowatt hours of electricity. By comparison, an average American household pays in the range of 12 cents per kilowatt hour.* So, LSP ultimately would offer consumers totally clean energy at great savings.

Even so, LSP is not without its critics.

“A power station on the Moon would deliver roughly 200 gigawatts to a single location on Earth,” John Mankins, President of Mankins Space Technology, Inc., told me. “There are no markets that need that amount of power in a single large “chunk.”

However, no matter where such beamed power were to land on Earth, it could still be readily redistributed when and where as needed.

And Spacefaring Institute President Mike Snead told me that eventually the Earth-Moon system will be ‘electrified.’ That is, so that transmitted electromagnetic radiation in microwave, terahertz, and laser wavelengths will distribute electrical power.

“Eventually, this [electric power] will extend into the central solar system,” said Snead. “As part of this electrification, there may be some benefit in providing transmitted electrical power from the lunar surface.” He foresees “beamed power” replacing chemical propulsion with various forms of electric-thermal propulsion.

For his part, Criswell remains undaunted and says that within ten years at a cost of $240 billion (in 1990 U.S. dollars), a LSP base could be built that would generate 0.1 terawatts of electric power for delivery back to Earth. Such a project, he says, would offer investors a projected eventual return of $440 billion in gross revenue and a profit of some $200 billion.

Then within 30 to 40 years, Criswell says LSP base construction could be accelerated to deliver 20 terawatts of electric power back to Earth.

Criswell applauds the new commercial space race between SpaceX and Blue Origins which he says is generating interest in lunar project development. And he’s hopeful that such development will eventually lead to lunar-based solar power.

“I really think the Moon is our only option for sustainable and affordable electric power on a global scale,” said Criswell.