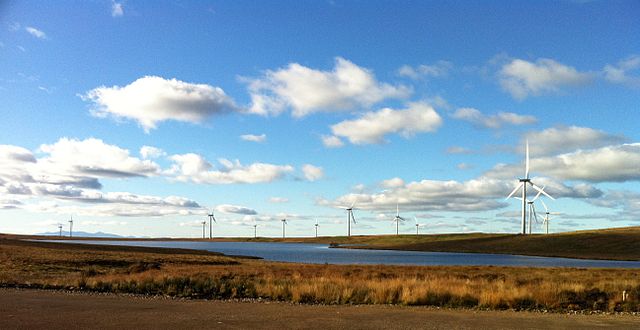 WWF Scotland, commenting on the new data provided by WeatherEnergy, subsequently urged politicians to make the most of Scotland’s renewable energy future, and build on the already amazing progress made in the country.

According to WeatherEnergy, Scotland’s wind turbines provided 1,331,420 megawatt-hours (MWh) of electricity to the National Grid in February — enough to power the equivalent of 3.9 million homes, or 162% of Scottish households. This was the result of a 43% increase compared to February of 2016.

Most impressively, however, was that wind power in Scotland accounted for 67% of Scotland’s entire electricity needs for February — Scotland’s total electricity consumption was 1,984,765 MWh for the month of February. Further, on Thursday the 2nd, Monday the 13th, Monday the 20th, and Sunday the 26th, wind energy generated an output equivalent to more than Scotland’s total power needs for that day — 118%, 110%, 127%, and 128% respectively.

“Thanks to a combination of increased capacity and stronger winds, output from turbines was up more than two-fifths compared to the same period last year,” said WWF Scotland’s director Lang Banks.

“This was enough power to provide the equivalent of the electrical needs of almost four million homes. As well as helping to power our homes and businesses, wind power supports thousands of jobs and helps Scotland to avoid over a million tonnes of polluting carbon emissions every month.

“Every one of the main political parties supports the aim of generating half of all Scotland’s energy needs from renewables by 2030 – including heat, electricity and transport. With this level of political backing, we call upon all of the parties to now bring forward policies that will help maximise the benefits to Scotland’s economy, as we transition to a renewable future.”

“Compared to last year, some very powerful winds across the month helped increase the total electricity supplied to the National Grid from Scotland’s wind turbines,” added Karen Robinson of WeatherEnergy.

“As we began to witness for the first time last year, this February has also seen a few days where the power output from wind farms exceeded the total electricity demand for an entire day. This is quite an achievement.

“With the increasing occurrence of ‘100% wind power days’ there can be little doubt that Scotland is well placed to begin the next step of increasing the role that renewables could play in cutting carbon emissions from its transport and heating sectors.”

This should really come as no surprise to anyone who has been watching Scotland’s record-breaking renewable energy sector over the last few years. The country has regularly reported days where renewable energy — dominated by wind energy — accounted for more than the country’s total power needs. And the country is a leading European renewable energy developer and technical expert, providing services around the world.