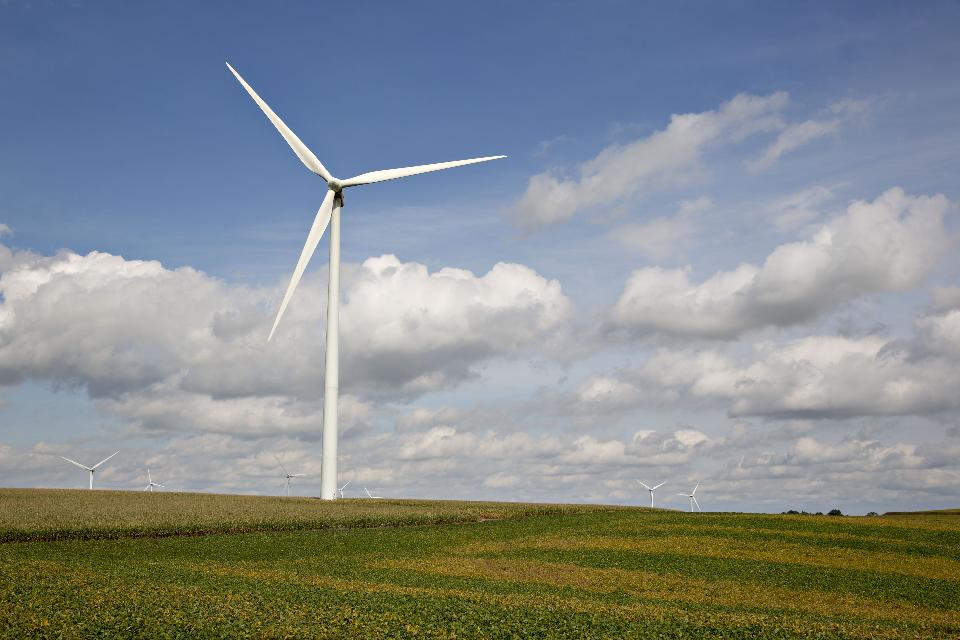 Smaller enterprises want energy developers to spread the green, allowing them to get in on the renewable wave rolling through America. The dynamic has made it easier for larger corporations with more demand to buy wind and solar electricity but it has nudged out the less brawnier brands.

The guys at Google and Facebook, for example, are stimulating the need for wind and solar energy that they are using to feed their electricity-starved data centers. The developers of those energy projects, in return, are getting solid customers that are buying their output at a fixed price over a certain period of years.

But individual commercial and industrial customers aren’t generating the type of demand that can propel big energy projects into the market. Now, though, that may change. The same so-called power purchase agreements that are used to attract the likes of Microsoft, Intel and SAP can also be parceled out to smaller businesses, albeit in much smaller blocks of energy and for much shorter time frames.

“We connect the corporate community to power purchase agreements,” says Paul Schuster managing director for Altenex, a unit of Edison Energy, in an interview. “We have noticed those larger-to-mid-sized energy users need to achieve cost efficiencies, which can be done by buying smaller blocks of renewable electricity.”

A traditional power purchase agreement, for example, might require a company to buy 100 megawatts and it would last 20 years. But the contract now offered to the smaller players might be for 10 megawatts over 10 years.

So how does all this work? A wind developer can’t go forward until it knows that it can sell its output into the market at a fair price. Because there are tax breaks for both building the project and buying the output, developers have proved able to sell that product into wholesale markets.

Let’s say it is an insurance company or a bank that buys the bulk of the wholesale power before it would be resold into retail markets: They often line up the major corporate outlets or Internet giants and contact with them to sell the energy at fixed prices over a set number of years. What Altenex is doing is going to that insurer or banker — in this example — and offering to market smaller blocks of electricity to commercial and industrial businesses.

“The return on equity should be infinite,” says Schuster. “Customers, in fact, are not putting down any upfront capital. Hopefully, they are buying renewable energy at the same cost or lower cost than they are paying for fossil energy.”

Is the corporate green market on fertile ground? PriceWaterhouseCoopers says that it has grown over the last 24 months and that it will continue to expand. Seventy-two percent of the companies it surveyed said that they are pursuing renewables, noting that they want to be more sustainable and to use green energy to hedge against volatile energy prices.

Green electricity sales in the form of voluntary power purchase agreements grew by 4% in 2015, adds the National Energy Renewable Laboratory. Contracted green power sales from those deals grew by 13% in 2015, it notes, and now total 10.2 million megawatt hours.

The larger companies are the main drivers with the likes of General Motors, Hewlett Packard, Johnson & Johnson, Tata Motors and Walmart setting a goal to run their entire operations using green energy. That includes a number of different options — everything from investing directly into deals to buying their electricity through power purchase agreements.

“The contracts are pretty favorable to the corporate buyers,” says Lori Bird, senior analyst for the National Energy Renewable Lab, in an interview. “Because companies are doing this, they are getting a credit and the energy is going into the grid. The companies are playing a vital role in driving renewable energy projects. Utilities have played that role and still do. But companies are now doing so with these financial arrangements.”

But the smaller businesses also want in on the action. Historically, such enterprises have bought so-called renewable energy credits that guarantee green energy gets generated and fed into the grid, she adds. But those purchases are nominal and have often been procured through their local utilities.

More than 860 utilities offer green power programs to their customers, the renewable energy lab says, giving more than half of the electricity customers nationwide the option to buy renewable energy. But the aim now is to ratchet up the stakes and to offer commercial and industrial businesses a chance to contractually buy more green power.

“Until now, the market has only worked well for large companies willing to take large amounts of renewable energy on long-term contracts,” says Marty Spizer, with the World Wildlife Fund. “This promising market development could be really important to meet the needs of the critical middle-market segment that need easy, flexible, and cost-effective options.”

What it signals above all else is that the trend to go green is, in fact, a sustainable one and not a fad that will get ensnared by current political happenings. Indeed, big businesses started the momentum and the smaller ones now have the potential to carry it forward.