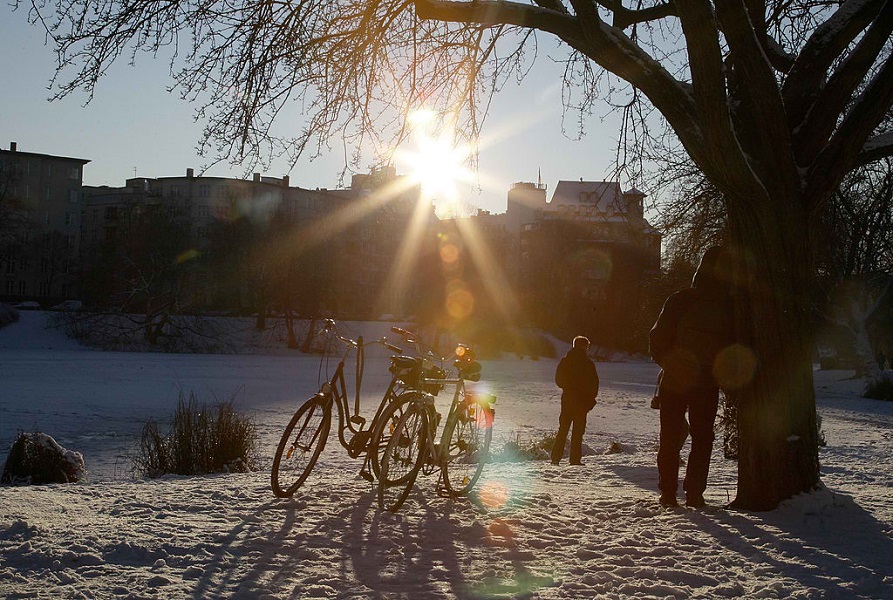 Solar cells could be placed under the skin for the process of recharging implanted electronic medical devices. New research published by Swiss scientists shows that as little as 3.6 square centimeters (0.55 square inch) of solar cell would generate enough power throughout winter and summer so as to power a generic pacemaker.

The research is the first of its kind, as no other study has ever published real-life data about the implications and mechanisms of using solar cells for the purpose of powering devices, such as pacemakers.

The research, published in Springer’s journal Annals of Biomedical Engineering, comes as a solution for patients who have battery-based implants and who have to go through surgical procedures every time their device’s batteries wear off.

At this moment, the vast majority of electronic implants are battery-based, and their size is directly proportional to the battery volume that is necessary for a longer life. However, should the power of these batteries be consumed, they have to be either changed or recharged.

Most of the time, this means that patients have to undergo a surgical intervention through which their implants are changed, which is both expensive and disquieting for the patients. Additionally, depending on the patient’s health status, these interventions could lead to complications and alter the quality of life of the patients in the long run as well as on a short-term basis.

Recently, there have been numerous efforts from different researchers when it comes to electronic solar cells. Different teams of scientists have worked on prototypes of tiny electronic solar cells which can be employed in under-the-skin implants to recharge life-saving medical devices for patients.

The process of generating solar energy to power the implants works very similarly with any other solar energy device. Being implanted inside the body, the device will absorb the solar energy that the patient’s skin comes in contact with, thus ensuring continual life.

In an attempt to apply the theory of solar cells to patients who need implants, the researchers tested their prototype for feasibility. As part of the testing process, the team designed devices that measure the output power of the solar generator. Additionally, every device subjected to tests was covered by optical filters, thus simulating how the skin’s properties would affect the sun’s penetration through the skin.

As part of the tests, 32 subjects volunteered to wear the cells on their arms for a week during three seasons: summer, winter and autumn. Regardless of the season, the cells were found to generate significantly more than the power that is generally necessary for powering a pacemaker, thus passing the feasibility test.

“The overall mean power obtained is enough to completely power for example a pacemaker or at least extend the lifespan of any other active implant,” noted Lukas Bereuter of Bern University Hospital and the University of Bern in Switzerland, lead author of the study.

The success of the tests means that this prototype could actually be implemented in patients, saving them the trouble of having to go through surgical operations every time the battery of their devices wears off.

According to Bereuter, wearing power-generating solar cells under the skin will one day save patients the discomfort of having to continuously undergo procedures to change the batteries of their life-saving devices.