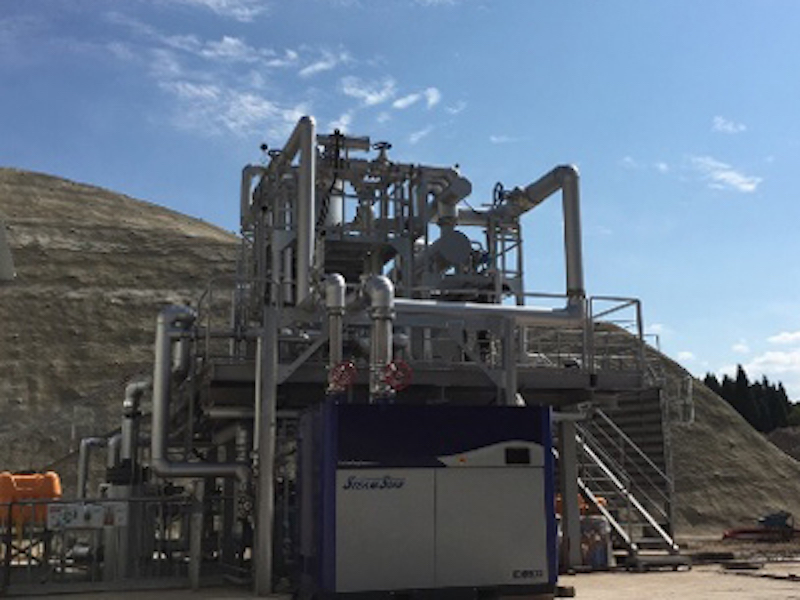 In a release yesterday by Kyoto University it is reported on successful tests of a demonstration project that utilises geothermal energy for power generation without tapping into water resources fueling local hot springs.

A team of researchers, including Associate Professor Takehiko Yokomine from the Kyoto University Graduate School of Engineering and the Japan New Energy Corporation (J-NEC), were recently successful in carrying out a demonstration of the J-NEC Method New Geothermal Power System, which is the first technology of its kind in the world.

The J-NEC Method New Geothermal Power System was conceived as a method for fundamentally resolving the various obstacles that have plagued geothermal power generation in the past. It represents a new technology born from the concept of “generating electricity by absorbing geothermal heat without using hot spring water”.

The closed cycle system, which injects and circulates water from above ground rather than using hot spring water, solves the problems of scale buildup and the installation of a reinjection well, which have plagued previous methods of generating geothermal energy. Playing a central role in the closed cycle system is a dual-pipe heat exchanger, which is buried 1,450 meters in the ground, into which water from above ground is pressure injected and heated by geothermal heat and then extracted in its liquid form when it has reached a high temperature. Once the liquid is above ground again, it is decompressed and instantly transformed into steam, turning the turbines and generating electricity.

In addition to the existing advantages of geothermal power generation in terms of not emitting CO2 during power generation and the ability to consistently generate power 24 hours a day, this new system adds elements that are effective for business development. It dramatically shortens development lead time, cuts running costs, and is not subject to the Hot Springs Act. Therefore, it can make a major contribution to the rapid advance of the geothermal power business.

Despite being among the world leaders in terms of geothermal resources, Japan has a limited track record in the geothermal power generation business. Therefore, this project will seek to use the J-NEC Method New Geothermal Power System to revolutionize Japan’s geothermal power industry, playing a part in the country’s renewable energy sector and serving Japan as a base-load power source.