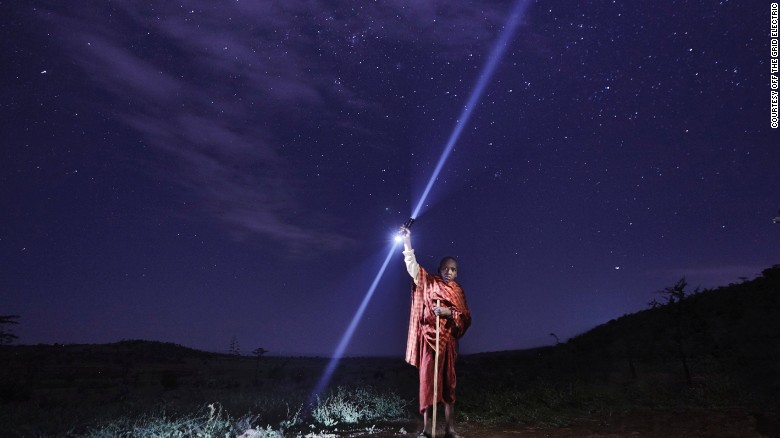 In sub-Saharan Africa, over 600 million people do not have access to electricity — that’s 68 percent of the population, according to the International Energy Agency.

That’s because the power distribution infrastructure — plants and the grid — is severely underdeveloped, requires large investments to improve and ultimately can’t keep up with the growth in demand.
One solution to the problem is to go “off the grid,” mimicking the rapid distribution of mobile phones: over 90 percent of Africans have one — more than have access to clean water — but only a fraction of them owns a landline. In the energy sector, the cellphone equivalent is the solar panel, which is easily installed and can provide power to a household or small business.
Off Grid Electric, an African startup, is applying this formula to rural areas of Tanzania and Rwanda yielding both commercial success and life-transforming results for the recipients.

The company is backed by Elon Musk’s SolarCity, one of the largest solar energy providers in the US, and Helios, Africa’s largest private equity firm.
In November, at the UN’s climate change conference in Marrakech, it won the 2016 Momentum for Change Award, which focused on projects that are addressing climate change in innovative ways.
It already powers 125,000 households and employs around 1,000 people — about a third as salesmen who offer the energy packages door to door.
“Most of these families were burning kerosene to make light, with a negative impact on their health and wellbeing,” Bill Lenihan, Off Grid Electric’s President, told CNN.
Kerosene produces smoke and can’t power anything but a lantern: “Now they have access to clean energy that can also power radios and TVs.”
The system includes a solar panel, installed on a roof, and lithium-ion battery which provides electricity around the clock: “Kids can study at night, entrepreneurs can increase their income because their phones work all day and farmers can better protect their cattle — it’s like night and day,” said Kim Schreiber, the company’s chief of staff.

There are three different sizes of photovoltaic panels, the smallest of which can power four lights and charge one mobile phone.
“We also provide all the energy efficient accessories that go with these, from lights to chargers, to radios and TVs,” said Lenihan.
Customers pay 10 percent of their package upfront, the rest is financed through monthly installments.
The costs are competitive, according to Off Grid Electric: “Just connecting to the grid can cost $300 to $400, whereas our system is $7 a month and after three years you own it and never have to pay again,” said Schreiber.
Larger packages cost more: for eight lights, a radio and a 24-inch TV, the monthly fee is about $20. In comparison, a month’s supply of kerosene typically costs $4 to $5.
The payments are collected via mobile phone transactions, a popular method in the continent, and a five-year service plan is included if something breaks. The battery can last seven years, and the panel itself up to 20.
In case a customer can’t keep up with the plan, Off Grid Electric says it offers “room for flexibility,” and ultimately the system will be removed after several months of missed installments. But most customers stay on board, according to Lenihan: “The uptake has been very strong, people continue to pay, and the growth has been really good.”

Providing electricity to people in sub-Saharan Africa is “a cottage industry and a trillion dollar challenge,” said Lenihan.
“We can solve a problem and do it in a way that delivers a return to shareholders, which is the biggest challenge in an industry that, as a whole, has addressed less than 1 percent of this market,” he said.
For small businesses, the company offers a package called Zola, which contains everything needed to run a business on solar power, including appliances and entertainment systems.
Off Grid Electric has recently signed a partnership with EDF, the world’s largest utility, to expand the program to the Ivory Coast, with a goal of providing clean energy to 2 million people by 2020.