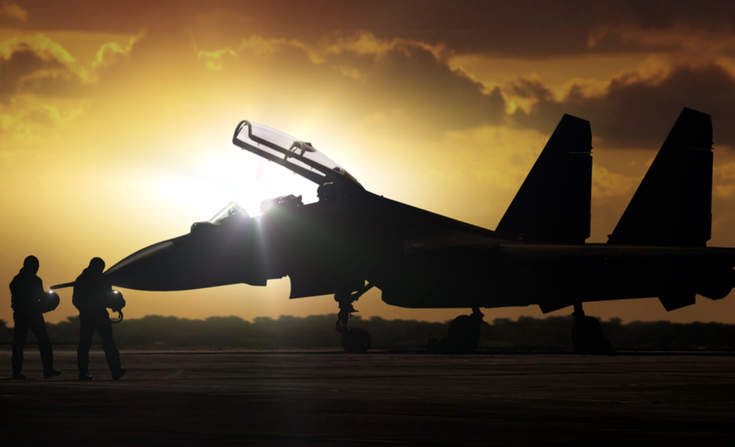 In 2012, Hurricane Sandy devastated much of the Northeast, including the area surrounding Joint Base McGuire Dix Lakehurst (JB MDL) in New Jersey. JB MDL played a critical role in the relief and recovery from Sandy. The sprawling base, including what used to be known as McGuire Air Force Base, provided essential support as a staging area for relief efforts and aid distribution for more than 100 nonprofits and government agencies, including FEMA, the Army Corps of Engineers and the Department of Homeland Security.

“They were the central node for receiving aid and stationing for deployment,” observed Michael Wu, special assistant, Office of the Assistant Secretary of the Air Force for Installations, Environment and Energy, “but the reason they were able to do that is because the storm just missed them. If the storm had been a little bit farther south, they would have been knocked out like everybody else.”

The experience of Sandy vividly demonstrated the crucial role that energy resilience plays in mission assurance for the Air Force. And so Wu, together with a team drawn from Air Force headquarters in the Pentagon, JB MDL and the National Renewable Energy Laboratory (NREL), joined teams from across North America at RMI’s third annual eLab Accelerator to investigate clean energy approaches to resilience.

The Air Force team came to Accelerator with the goal of honing “a replicable and scalable process for implementing resilient energy projects and resilient energy systems throughout the Air Force enterprise,” said Wu. “Climate change could create significant challenges to readiness, and is already having an impact on our installations and will impact our ability to operate going forward.”

Threats from more frequent and more intense storms are on the minds of all enterprises. Indeed, the White House’s recent memorandum Climate Change and National Security calls out climate change as “a significant and growing threat to national security, both at home and abroad,” and directs all federal entities to “ensure that climate change-related impacts are fully considered in the development of national security doctrine, policies, and plans.”

Wu, providing an example for the Air Force, noted, “The energy resilience tools that we’ve used have been mostly spot-diesel generation on our critical facilities.” But diesel fuel runs out and can be hard to resupply, especially in the midst of widespread disruption. Wu believes “that we’re entering a new threat environment, where there’s a much greater concern over long-term, widespread power outages.”

The Air Force, being a military service, also has its eye on a somewhat more colorful set of threats beyond just climate change. Wu explained: “The driving factor for a lot of our new initiatives has really been the determined-adversary aspect of it.” For example, our increasingly interconnected world is also increasingly susceptible to sabotage, as revealed when someone armed with only bolt cutters and a rifle shot up an electrical substation in Silicon Valley in April 2013, doing $15 million worth of damage that took 27 days to repair. PG&E was able to compensate using other grid resources, but it put the world on notice that grids are physically vulnerable.

Sandy provided JB MDL the impetus to implement localized clean energy technologies and approaches. “They really wanted to create more self-sufficiency and resiliency for themselves and their mission partners on the base,” said Wu. The solution that JB MDL is finalizing is one that includes energy storage, controllable loads and “high renewable energy penetration, because that will strengthen our ability to maintain our missions in one of those prolonged power disruption scenarios,” said Wu.

But the team that came to Accelerator ultimately had their eye on innovating solutions for all U.S. bases, not just JB MDL, and on ensuring resilience in the face of any disruption, not just weather-related natural disasters. In Wu’s words, “How do we create a process that we can learn from, replicate and scale? How do we do it in such a way that it’s helpful for JB MDL, but it’s also something that we can apply across the Air Force enterprise?” Rather than have an architecture and engineering firm take on the resiliency project at JB MDL, the team “did a really good job of sitting down and trying to do some long-term visioning and strategic thinking,” said Wu.

“It was exciting to work with a team that had such diverse perspectives on resilience for mission assurance,” said Jason Meyer, RMI facilitator for the Air Force team at Accelerator. “The application insight from folks at JB MDL, the enterprise strategy from Air Force headquarters [HQ AF], the experience of NREL across a number of similar projects and efforts and the technical knowledge of O’Brien & Gere [contractor to JB MDL] really advanced the development of immediate solutions for JB MDL, with an eye toward application across the Air Force.”

JB MDL is an excellent model from which to scale up. Wu said, “There are so many stakeholders just within the base and within HQ AF, and it’s a joint base that includes all four services,” that it was valuable to create a process for stakeholder engagement there. The team also has ideas about how to pursue opportunities with the local grid operator, PJM and the local utility, Jersey City Power & Light.

Lessons from — and for — the private sector

The problems and opportunities that Air Force installations face regarding resilience are faced by just about every large organization you could imagine. Many such organizations had teams at Accelerator. Wu said, “The space that they had, and the faculty and other teams that were doing similar projects, really made the difference at Accelerator.” He said their team learned a lot from “how much other teams were struggling and wrestling with the same questions: How do we pay for this stuff? What’s the value of resilience? How do we do this in the regular course of business, and not just for the pilot project?”

“We share a lot of energy resilience requirements with other sectors — with the financial systems sector, with cities,” said Wu. “Our missions are a little different, but the energy resilience side is actually remarkably similar … Those kinds of folks will hopefully be helping to push the technologies and the market factors in the same direction. What I think is critical is to recognize the common requirements.” Wu said he thinks “it will help create more standardized business models that allow more expansion and, hopefully, a self-perpetuating cycle of enhancements and improvements to the way we create resilient energy systems.”

“Resilience and resilient energy systems are critical concerns for many different types of stakeholders,” concluded Meyer. “The complexity of the need — which could range from mission assurance to sheltering in place or continued operations of critical facilities in times of disaster — is compounded by the complexity and newness of the technology that could provide solutions.” Accelerator is “such a powerful forum to work through these challenges due to the diversity of stakeholders and faculty members in the room that can lend a hand in the development of a solution,” Meyer said.

“Every mission expansion or shift or new technology that the Air Force has implemented in the last three decades has increased the importance and prominence of access to electricity for our installations,” Wu summarized. “The expansion of our cyber mission, the expansion of our space mission, the proliferation of remotely piloted aircraft and other new platforms — all of them are more networked, and that creates new interdependencies.”

As electricity has become more critical to the Air Force, so has resilience, whether the mission is providing local relief during disasters, air support for forces across the globe or reliable communications via satellites in Earth’s orbit. That’s why the resilience inherent in on-site renewable energy generation and storage has such great potential to help ensure the Air Force is always ready, at home, on the other side of the world, and even in outer space.