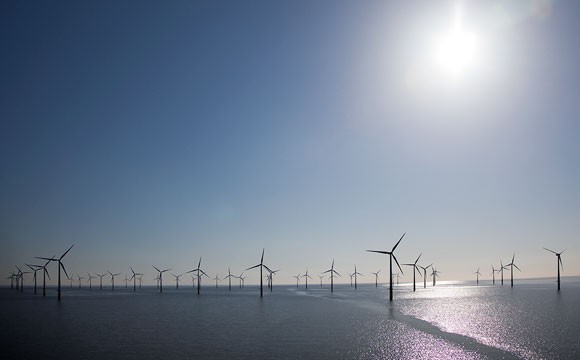 The Kriegers Flak is set for operations by 2022 and will be Denmark’s largest offshore wind farm. The farm will be able to supply 600,000 households with renewable energy, or 23 percent of all Danish households.

As a pioneer in wind power, having installed its first turbines in the mid-1970s, Denmark’s latest renewable energy project puts the country on track to meet its 2020 goal of getting 50 percent of its power from renewables. The nation plans to ditch fossil fuels entirely by 2050.

“The announcement is an essential milestone for our ambition to increase our production of renewable power,” Vattenfall CEO Magnus Hall said. “We are already the second largest offshore player globally. The winning bid of EUR 49.9 per megawatt-hour proves that Vattenfall is highly competitive and brings down the costs for renewable energy.”

“Our winning bid for Kriegers Flak is 58 percent below the original cap of EUR 0.12. For the Danish Near Shore project the bid was also substantially below its cap,” Vattenfall head Gunnar Groebler said. “Proceeding with these two projects, Vattenfall provides Denmark with a cost efficient contribution to meet the country’s climate targets and customers’s demand for renewable energy.”

Denmark’s newest offshore wind farm will be constructed in a 132-square-kilometer area in the Baltic Sea, an area that will be home to the world’s first “Supergrid.” The area actually consists of three sections dedicated to wind power development in Germany, Sweden and Denmark.

The Supergrid will ideally supply cheap renewable energy to a large swath of European consumers and enable electricity trading between individual countries—all while decreasing Europe’s need for imported fossil fuels. The idea is that it’s always windy somewhere.

“In close partnership with their regional neighbors, Sweden and Germany, the Kriegers Flak area in the Baltic Sea, has been chosen as the first place in the world to have an offshore electricity grid,” Denmark’s Ministry of Foreign Affairs website boasts. “The planned 600 megawatt offshore wind farm will act like a ‘Supergrid,’ eventually being able to transmit renewable energy through power grids to all three countries.